Christopher Antoniou
Artist
© All rights reserved
Back to top
VFX

I am so happy to see this film is eventually coming out, I don't usually watch films I have worked on but this one I am defiantly going to make the effort to see, I even took the time and read the script. I was involved in the pitch at MPC and when we won the job, I made sure I was asset supervisor on it during 2017. It was great fun working with Axel Bonami ( our VFX supervisor ). This film has some of the best underwater suits I have see so far. I am hoping it will be as great as I want it to be. 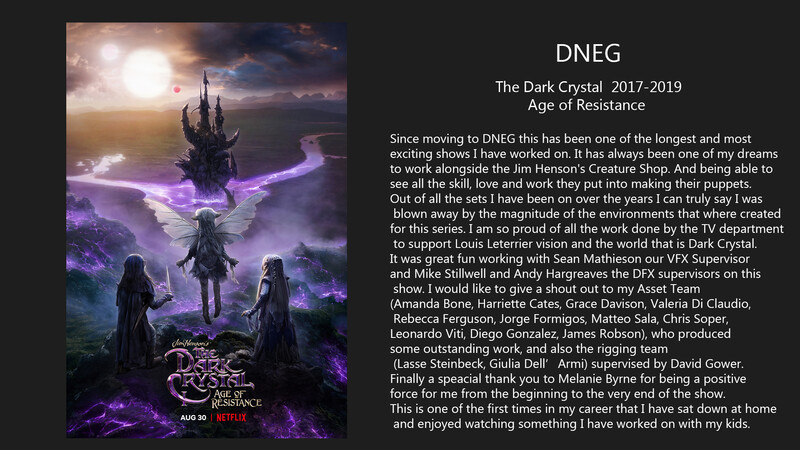 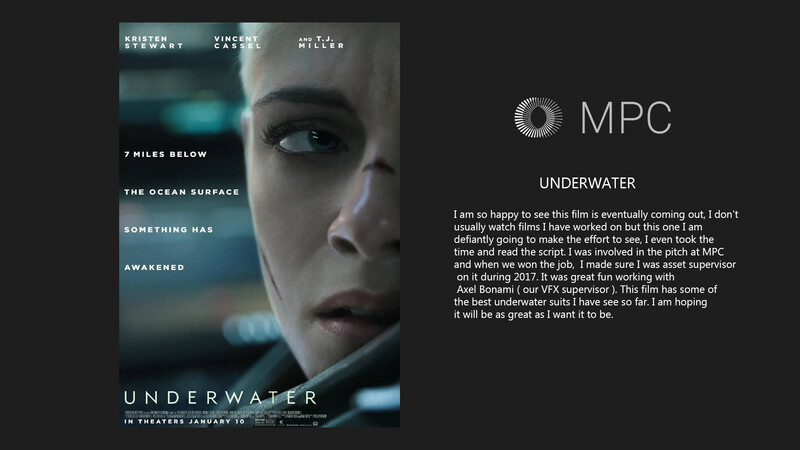 Back to album
VFX 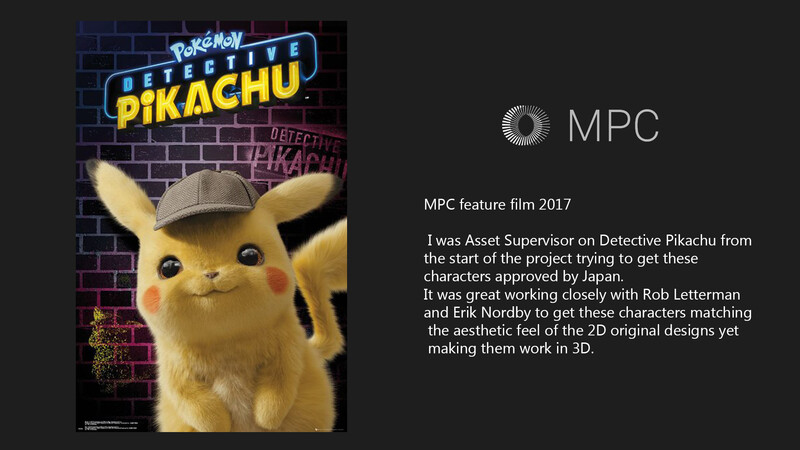